“I’m really glad I did the Ruby Academy. It was awesome. I initially didn’t see Ruby as part of my remit, and so it surprised me that my career could go in this direction.” 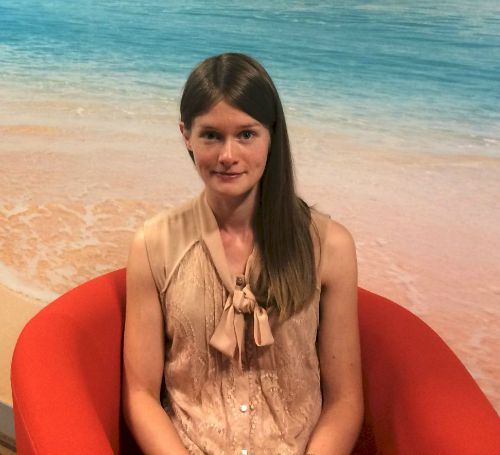 Nancy graduated from the Ruby Academy two years ago. Find out about her Ruby Academy career progression journey…

Nancy’s new job went on hold whilst she trained in the Ruby Academy for 5 weeks. At the time, On the Beach wanted all developers and testers to be familiar with Ruby and Rails in order to understand the bulk of what the dev team work with. The course outline provided Nancy with that extra knowledge in Ruby to benefit her overall understanding of Development at On the Beach.

Nancy went on to continue as Front End Web Developer for just over a year, which she really enjoyed, and had all the more understanding for once she had completed the Ruby Academy.

Even though she thoroughly enjoyed her new job, Nancy was itching to work with Ruby once again…

Nancy let her interest in switching to a Ruby Developer role be known to On the Beach who were happy to help her with the transition.

“I didn’t expect that my career could ever go in this direction, but I have now been a Ruby Developer for 4 months!”

Although Nancy had thought that it would be really useful to know Ruby whilst working on front end development, it was only when someone suggested to her that she could make that transition that she realised it was possible.

“I was really pleased with the transition. I still like front end, but I absolutely love working with Ruby on the server side.”

Everyday life as a Ruby Developer

“To be honest, everyday is challenging. We, as developers, are faced with multiple challenges on a daily basis that require hard work and focus. But it’s always worth it”

Nancy has been working in the payments team for about 4 or 5 months. When the project she is working on comes to an end she will rotate to join a new team.

“We’re all really fun! We’ve always got games of pool and Xbox tournaments on the go on Friday afternoons”

You’ll never go hungry when working at Dev On the Beach. The team are infamous for always having an array of treats and snacks – especially when it’s someone’s birthday!

But on another note… no-one wants to see anyone struggle so there’s a real team working ethic. It is a really helpful and supportive environment for everyone.

Looking into the future

“I’m continuing to develop my Ruby skills day by day, and no doubt this will continue into the future.”

Nancy’s ambition is to become so confident and familiar with Ruby that she can take on a bit more of a senior position, and become a mentor to someone who was starting out as she was.

“I’ll be really happy when I get to that point”

Give Ruby a go and start your own little app or project. It would be great if you could contribute to an open source project, perhaps on GitHub, as it would enable you to see how other people program. Don’t be afraid of modifying little bits here and there.

There are some great resources out there for getting your teeth into Ruby.

See what kind of data you’re interested in… even if it’s not tech related. And see what you can do with it…

We’ve now filled our places for the Ruby Academy 2015… but not to worry! There are loads of great resources to look at in order to prepare for next year. You can find out more about the Ruby Academy, read about Joe’s experiences, and keep a lookout on the blog for how our new trainees get on.

If this isn't your view from the bath, are you eve

We know it's our job to sell you holidays but with

And you won't convince me otherwise 🤷‍♂️

There's only one island you need to pay attention

... and Dubai, Majorca and Lanzarote actually* . .

To celebrate the return of #LoveIsland, we've team