If you can hold your hand on your heart and honestly say that you’ve tried traditional Maltese food, you’re more of a foodie than most of us up at On the Beach HQ. And if it hurts your pride to say that you haven’t tried any of the tastes of Malta, we have exactly the information you need to rectify the situation. One for the adventurous meat-eaters, the below recipe for Stuffat Tal-Fenek (otherwise known as traditional Maltese rabbit stew) was recommended by our friends over at the Maltese Tourist Board and they promised us it is nothing other than delicious…

Why not try it for yourself? 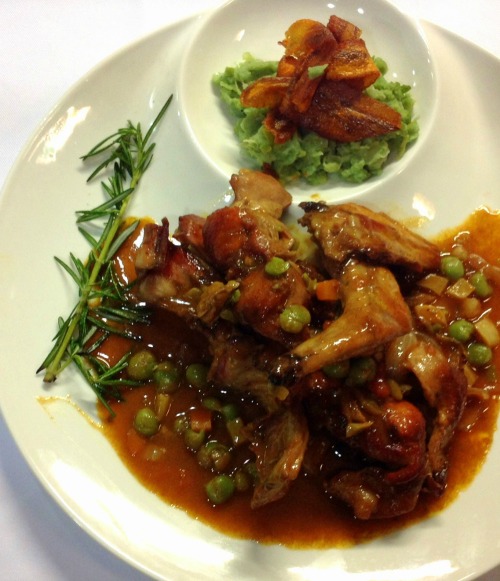 Extra tip: the secret to achieving the ultimate, sumptuous flavour is the marinating stage. The marination process ensures the wine and herbs are fully absorbed.

A little about the dish

The history: Traditional Maltese Stuffat Tal-Fenek is often identified as Malta’s national dish. This quite possibly started off as a form of symbolic resistance to the hunting restrictions imposed by the Knights of St John. The Knights’ decision to prohibit the local population from hunting rabbits led to the Revolt of the Priests in 1773, and in turn a rise in secret hunting. The dish was to enjoy a particular surge of popularity after the lifting of restrictions in the late 18th century, at which time the indigenous breed had multiplied and prices dropped.

How the locals do it: There are many places in Malta that will cook Rabbit dishes. But Mgarr which is a town in the northern part of the island actually specialises in it. Staff are very friendly and welcoming and portions are generous… what’s more to want?

Other useful information about Malta before you go: